5 Things to Do Every. Single. Day. 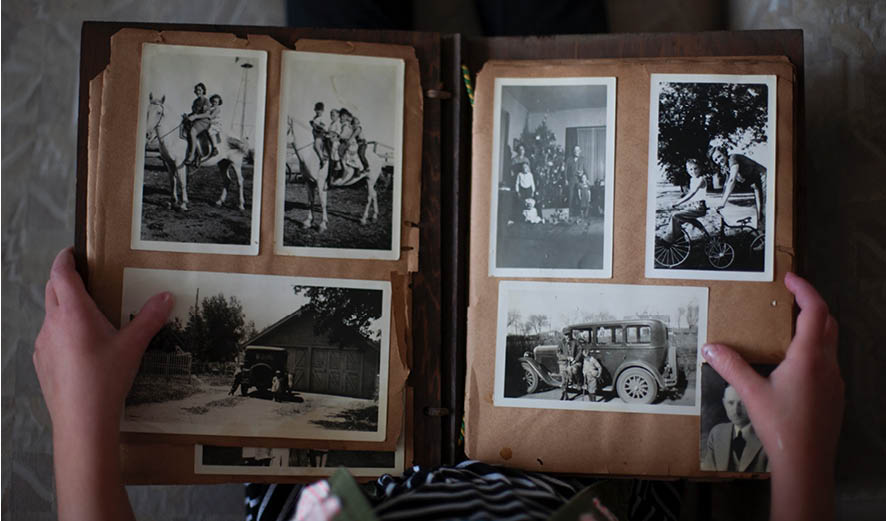 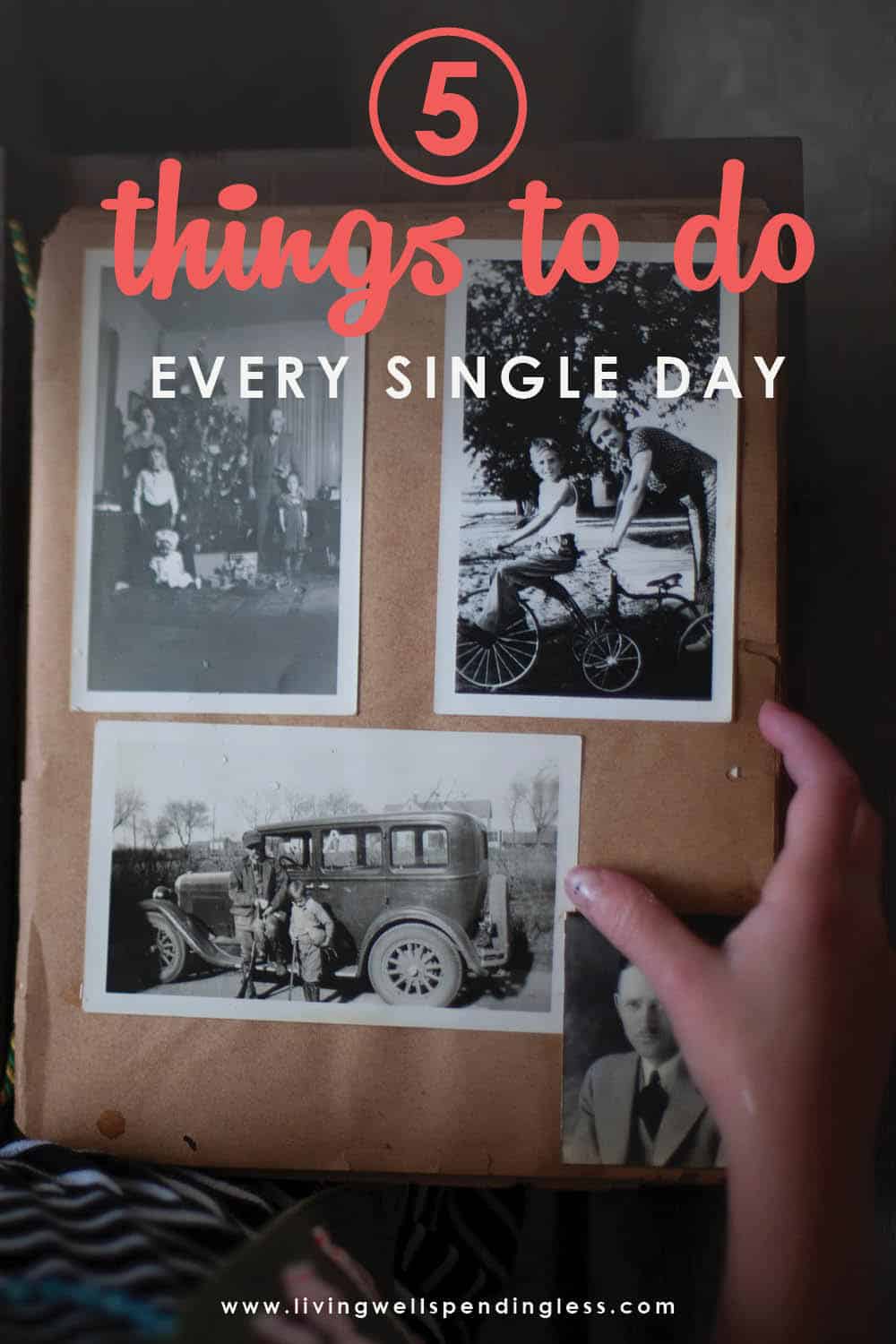 Wonder what you can learn from the generations that came before us? Here are 5 lessons from the Greatest Generation that you should do every, single day.

In the grand scheme of things, I suppose I’m really not that old yet, but I have to admit, sometimes I look at the world around me and I feel old. What happened to the “good old days,” that time before every moment of our life was consumed by the need to do something or go somewhere, before e-mail and texting and Facebook took the place of actual conversations, before a culture of overspending and celebrity worship and instant gratification? I don’t actually know if it has existed in my lifetime, but I long for a time when life was slower, safer, and just a little simpler, when a person’s word meant something, and when everyone knew that hard work was the key to success.

A few weeks ago I wrote a little about our experience of taking care of my mother-in-law during the last few years of her life. Although not without its challenges, I am so, so thankful I was fortunate enough to be able to spend that time with her, and to soak in just a small piece of her wisdom. She was part of what we now call the Greatest Generation, born in Chicago in 1924. Her childhood was shaped by the Depression and she worked as a nurse’s aid during World War II. She was a lifelong Democrat, eternally loyal to FDR for bringing them through that period of history, and forever marked by the experience.

5 Things to Do Every Single Day

Her generation taught us much about life, both the big picture and the day-to-day challenges. It is impossible to capture the depth of an Entire generation in one little blog post, but I do believe that a few of that generation’s best qualities can be summed up as a lesson in five critically important things to do Every. Single. Day:

I worked as a manager for many years, and it never ceased to amaze me how many of my employees felt they should be rewarded every step of the way, regardless of the job they did while they were there. They’d literally think they deserved a raise after a week of simply showing up. There was no commitment, no drive, no pride in what they did; instead, their sense of entitlement far outweighed their effort.

Somewhere along the line, as technology took over and life became more convenient, I think our society lost the understanding that work is supposed to be be hard. That’s why it is called work. The Greatest Generation wasn’t afraid of hard work; on the contrary, they welcomed it, knowing that putting in 100% every single day is the only way to get ahead, and that the best things in life are the ones we work the hardest for.

The Greatest Generation was not afraid to step up and take personal responsibility. They didn’t expect someone else to solve their problems; instead, they each realized that they were a critical part of the solution. In fact, they embraced the opportunity to be the solution rather than the problem. Moreover, they were willing to accept the consequences of their actions, whatever they may be.

Those who were raised in the Depression seem to have an innate sense of frugality and thriftiness that has been completely lost in our consumer-driven, practically disposable society. That generation knew better than to waste its resources, instead sticking to the mantra of “use it up, wear it out, make it do, or do without.” They were grateful for what they had, and understood that “stuff” was not the answer, nor the key to a good life.

Back in the day, commitment and loyalty mattered. Marriage was for life. There was no underlying idea that if it got too hard you could just quit. The words “for better or for worse” actually meant something. Moreover, people actually trusted each other and a person’s word was usually enough. It was a time where the Golden Rule–Love your neighbor as you love yourself–was actually practiced on a daily basis.

And although hard work, personal responsibility, frugality, and commitment are important qualities, I think the single most defining characteristic of our Greatest Generation–and the daily rule I most want to emulate–is the sense of purpose, they had. The folks from that era believed whole heartedly in something bigger than themselves, in faith and freedom and opportunity. They were willing to fight for it. They were willing to die for it. Rather than ask, “what’s in it for me,” they looked around them to see what they could do for the cause. They knew their efforts mattered, and they were willing to embrace hardship for the sake of a greater cause.

How would our lives change if we were to follow these five rules every single day?

To recap, here are 5 Things to Do Every Single Day 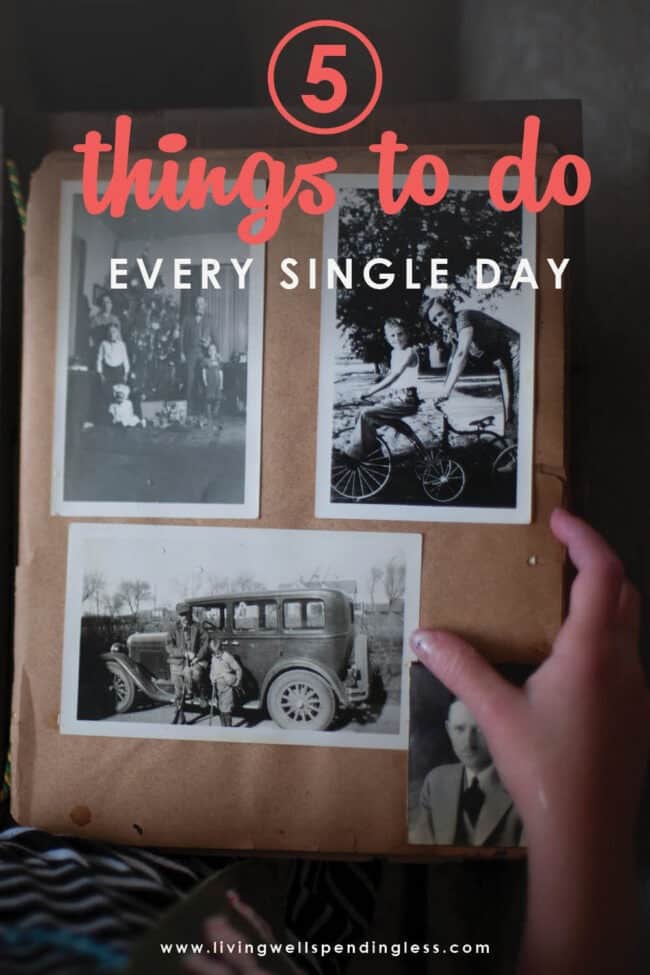 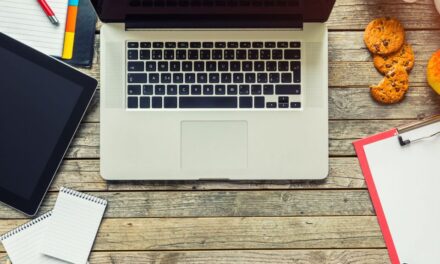 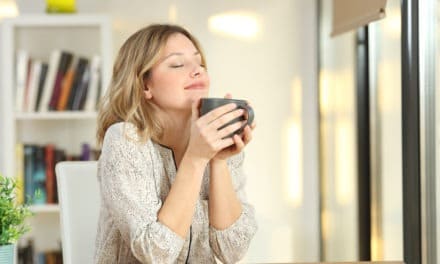 How To Be The Most Organized Person You Know 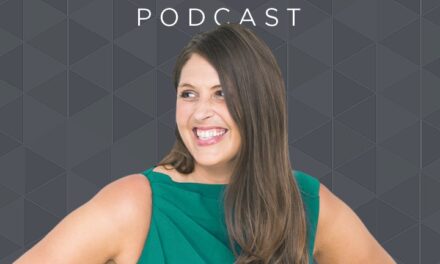 Introducing….the Do It Scared™ Podcast! 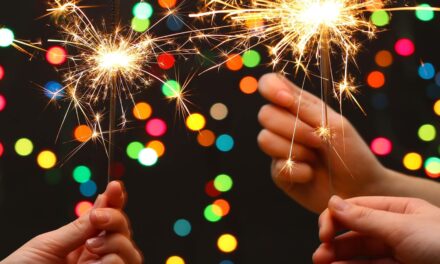 How to Start Your New Year on the Right Foot