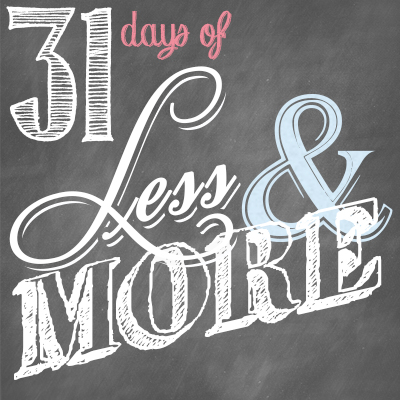 This is Day 3 of our 31 Days of Less & More challenge. To read all the posts in order, start with Day 1, then visit the Overview Page to see the whole series.

There is enough heartache and sorrow in this life without our adding to it through our own stubbornness, bitterness, and resentment. —Dieter F. Uchdorf

Have you ever known someone who always seems convinced that no matter what, they have received the short end of the stick? Maybe it is a child who is convinced that whatever their sibling has is better. Perhaps it is a parent or grandparent who looks back on their life with nothing more than anger and regret, able to see only the missed opportunities and misdeeds by others. Or maybe it is a friend who harbors continual resentment against anyone she perceives as thinner or prettier or more successful.

Perhaps that person is you.

It has certainly been me. In fact, not so long ago I experienced a professional disappointment when some colleagues—the proverbial “mean girls”—shut me out of an opportunity I had already been invited to. It was totally unfair and I was so angry and bitter that I could hardly see straight. I wanted retribution but there was none; instead, I simmered.

I learned the hard way that the seeds of bitterness, left unchecked, can harbor into a full-blown anger that becomes all-consuming.

But bitterness and anger, even the righteous kind, is almost always destructive. It festers and eats away at us. It destroys our happiness and steals our joy. And ultimately it hurts only ourselves, and not the person we are angry with.

Letting go of bitterness is a conscious, intentional act.  For me it meant recognizing my anger, then making the conscious decision to let it go. It also meant a lot of prayer—not only for me, but for the people I was bitter towards. I specifically prayed that God would soften my heart and remove my anger, and I also prayed that God would bring peace to that person who–at least to me–seemed so mean. At first it wasn’t easy, but ultimately I found that it was impossible to stay angry at someone I was praying for every single day.

Be sure to read Edie’s corresponding post about More Forgiveness HERE.

We’ve all been on the receiving end of wrongdoing and sometimes that wrongdoing is incomprehensible. For most of us though, the offenses done to us by others on a daily basis are minor. But when those build for weeks and months and years, they become toxic and not dealing with it now sets you up for unexpected outbursts of anger and resentment later. Someone has probably already come to mind that you need to forgive or that you need to “let off the hook.”

Identify one person who has wronged you and become a source of bitterness in your life. Write a letter detailing what you are angry about and how that hurt you. End the letter by writing down how you intend to let go of your bitterness. Don’t send the letter, but make a commitment to pray for that person every day this month. Let us know on Facebook or in the comments below how writing that letter changed the way you feel about that person. 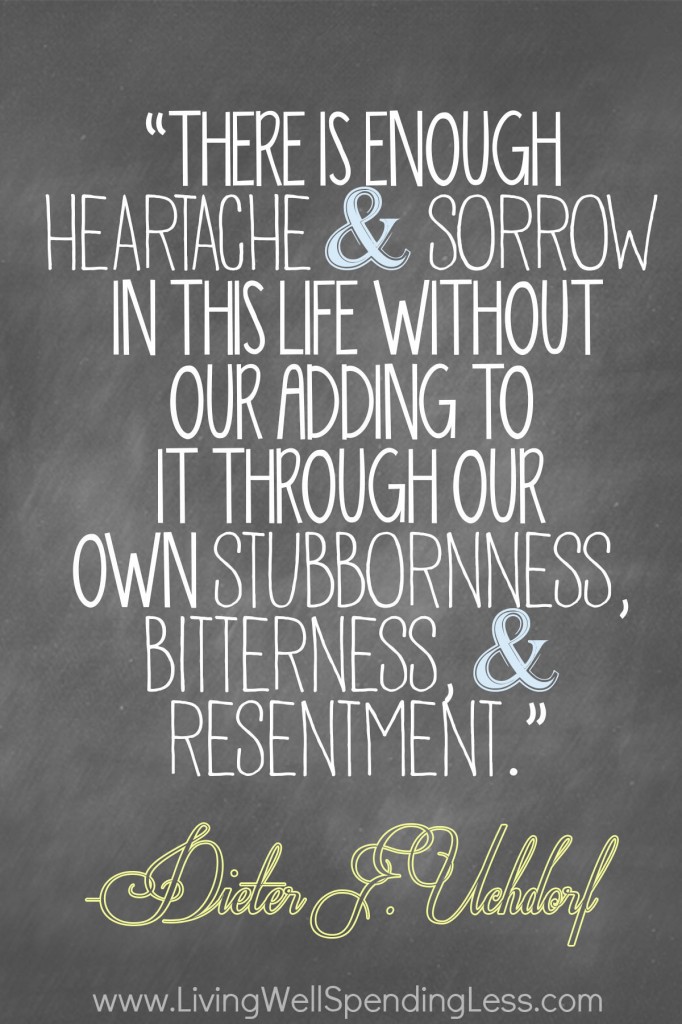 I’m so thrilled to have my sweet friend Crystal of Money Saving Mom joining our challenge this month! Be sure to check out her incredibly insightful reflections on having less fear and more courage from yesterday’s post!

Is there something in your life right now you are feeling bitter about? Are you ready to let it go? 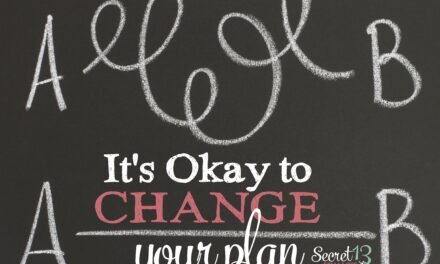 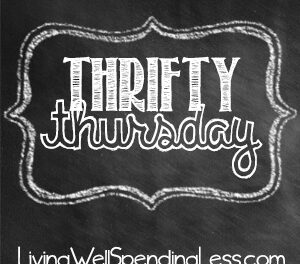