Confessions of a Debt Slayer 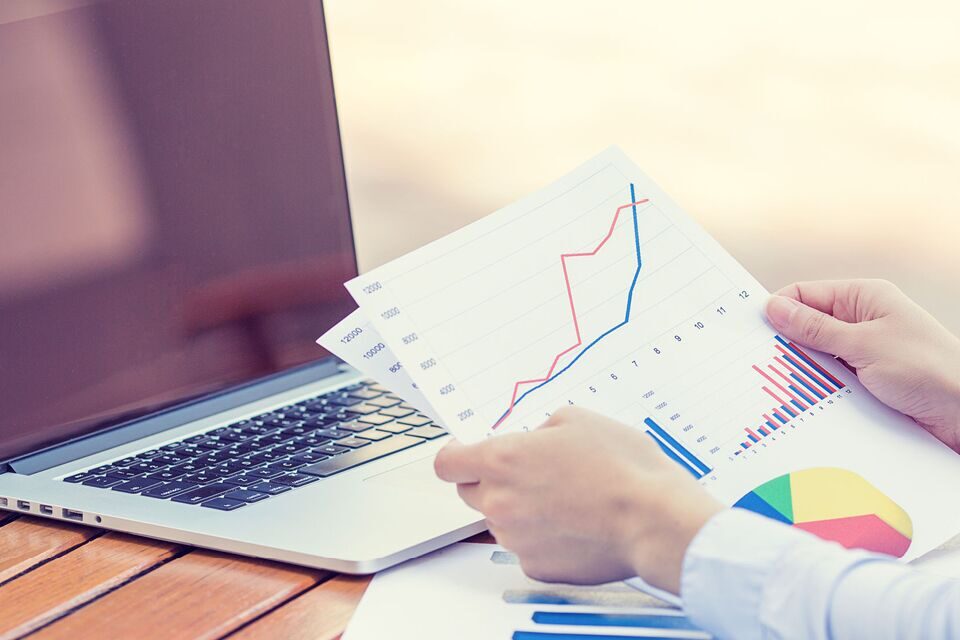 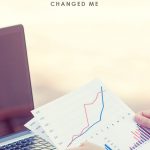 This is a Guest Post from Cherie at Queen of Free

I sent my friend Melanie a message on Facebook one bright sunny, Friday morning. I had been watching her appearance change over the past few months. Her profile picture shined with a bright smile and a changed body. The comments rolled in almost immediately.

“Wow! What have you been doing?”

I considered adding a fleeting comment of my own, but instead decided to directly message her, making note of what surely had been months of hard work and difficult decisions on her part. Because we’re all more than just our bodies, I wanted to make certain she knew I’ve always thought she was beautiful – both inside and out. But the transformation of her outer appearance was proof of something so much more than being able to fit into a smaller size of pants.

She responded almost immediately with words of thanks. Remarking that while the journey had been difficult, she felt like she was prepared for whatever God had in store next for her life. It was obvious that much more than her physique altered. The state of her inner being, her very character was being made new.

The instant nature of social media deceives us into thinking changes like Melanie’s happen overnight. We see the lovely photo, not the tiring hours of work and tough choices. But inward commitments manifest themselves in very visible ways over time. I know this lesson well myself.

When we began our journey of paying off over $127K in debt, I never expected the ways my entire being would undergo a reshaping. The process of paying off debt made me into someone I wasn’t before. My life was changed from the inside out. The lessons I learned about myself and money created habits and a mindset I’ll be grateful for the rest of my life. Some parts of our journey cause me to pause and reflect. There’s no question that I’m a different person now after four years of a financial transformation. 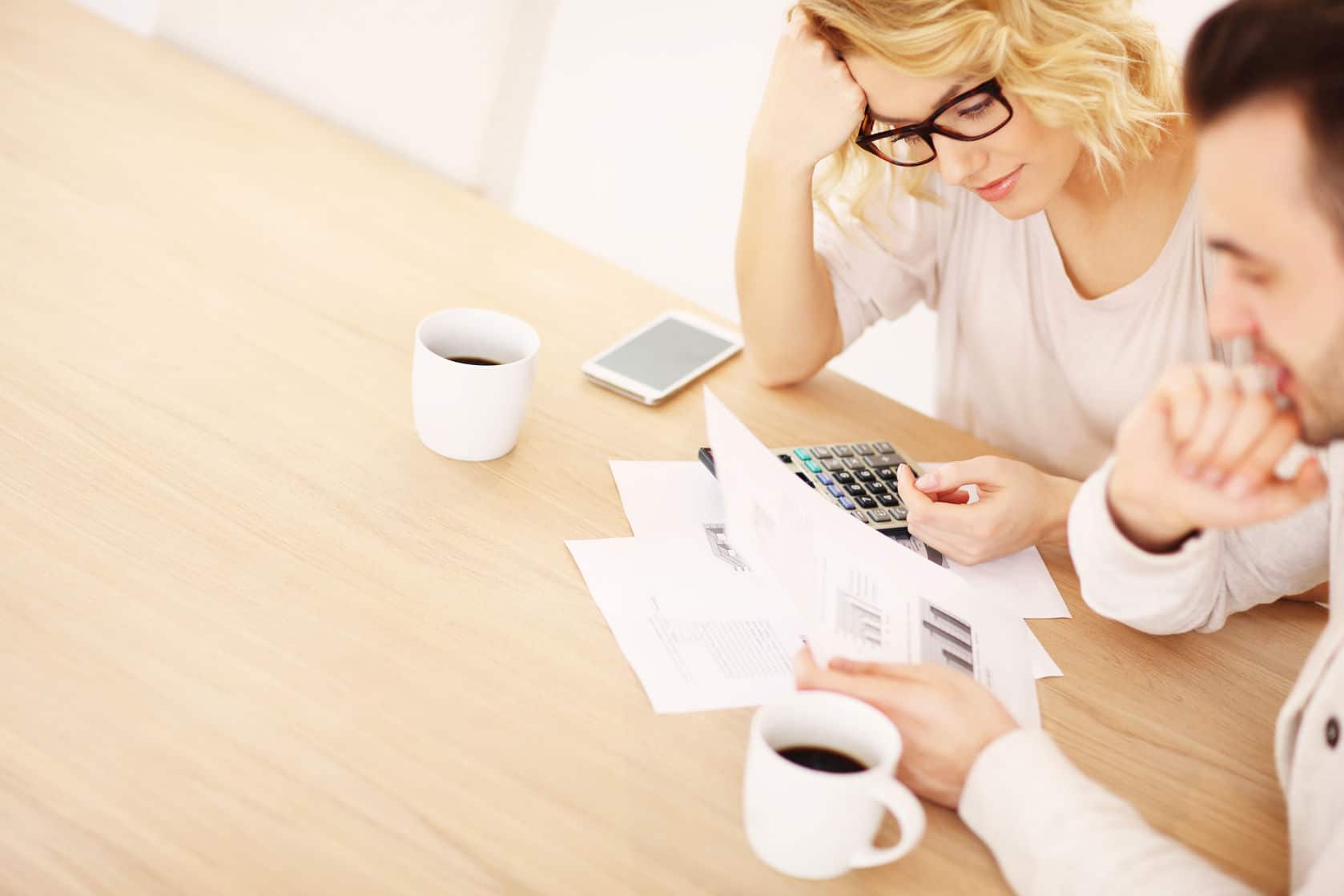 I Don’t Fight With My Husband About Money Anymore

My husband Brian and I had a pretty happy marriage before paying off debt. While we never had shouting matches over our tight finances, the tension of owing so much money caused a lot of passive aggressive behaviors. We didn’t communicate about money at all. So at times when one of us would come home with something new, we’d exchange a stink eye expression and mumble, “Why did you buy that?” Paying off debt gave us a common enemy, one that we could battle together. Before we realized it, the constant communication and shared effort translated into greater intimacy in other areas of our marriage, too. We’re not perfect now and we still get on each other’s nerves from time to time. But, the ache of money problems doesn’t dominate the space between us. 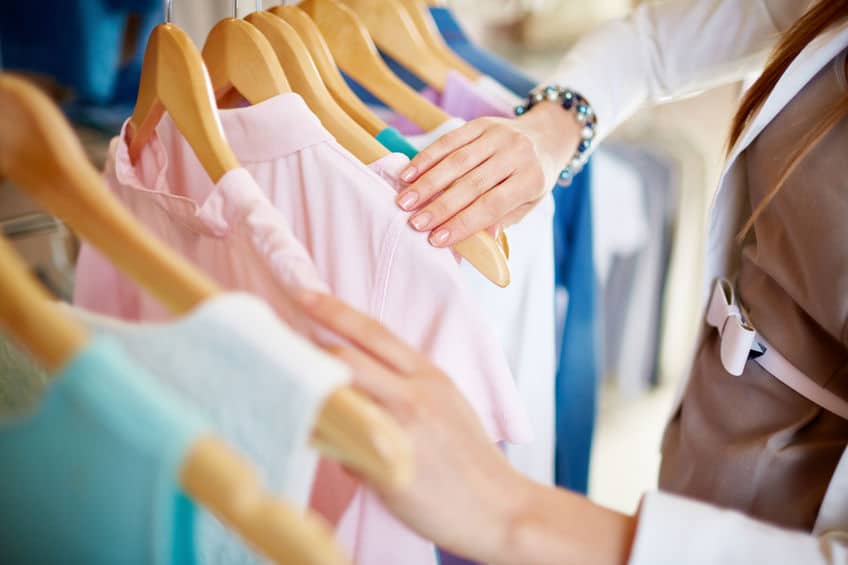 Even before we began our debt slaying journey, I have long loved a good bargain. I delight in the red circle at a bottom of a receipt showing how much money I’ve saved. If an outlet mall appears on the side of a road, my car magically drives itself into the parking lot. But the process of putting every single penny toward paying off debt caused me to begin evaluating my bargaining ways. I quit buying stuff on sale simply because it was on sale. When I’m trying on clothes, I ask myself “Do I love it?” I don’t base my purchases on “Oh it’s such a great deal!” or “Well, this will do and be ok.” Unless it makes my heart sing and of course we have enough money in the bank to pay for it, I don’t buy it. 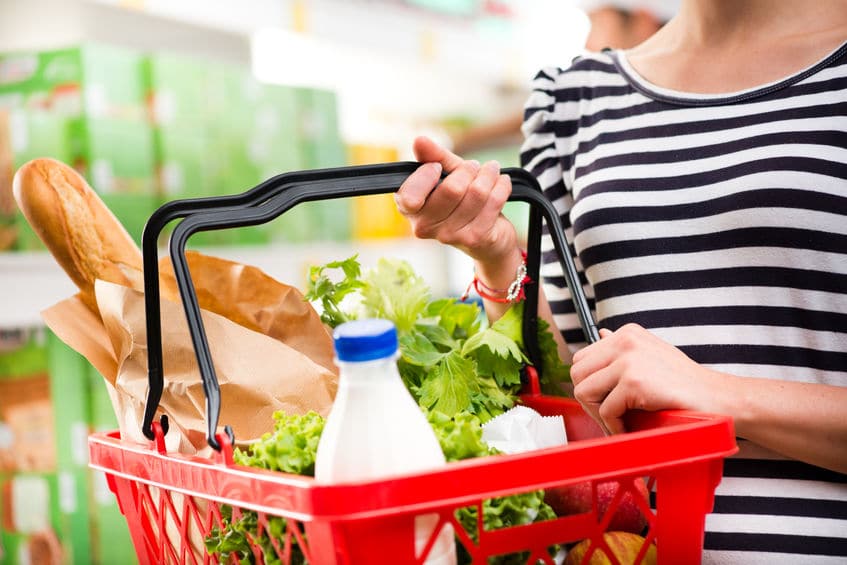 I’m More Grateful For What I Have

I never would have considered myself to be greedy when we were deeply in debt. Probably no one looks in the mirror in the morning and confesses there’s a problem with longing for all of the things they don’t have. While I didn’t spend all of my time cultivating envy, I still spent plenty of minutes and hours staring at other people’s homes, clothes, cars, vacations, or possessions wishing I had their luck. Paying off debt, helped me turn my eyes toward all we already had. Running water? What a miracle! Air conditioning when the weather soared above ninety degrees? Amazing. Heaters and blankets to keep us warm on cold winter nights? Truly a gift. Plenty of food, even if it’s not gourmet or from a restaurant? Definitely something to be thankful for. 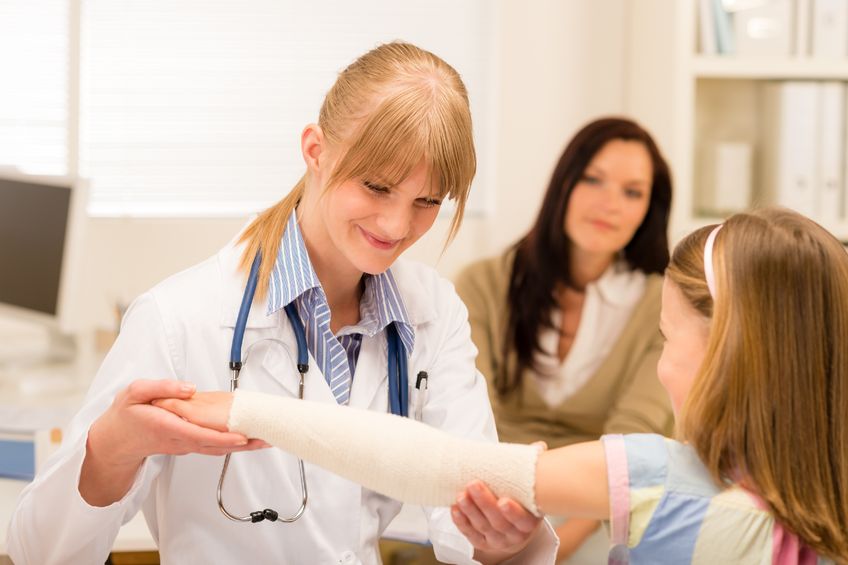 While no one wants to have a car die on the side of the road or their kid break an arm, but unexpected expenses routinely happen to us all. Before paying off debt, we didn’t have an emergency fund at all. During the process, we saved up $1000 (thanks for the tip, Dave Ramsey) and that helped us avoid veering off track more than once. It’s never a question of if bad things will happen, but when. Now that we’re debt free, we’ve saved up 3-6 months of living expenses so that we could function if the catastrophic occurred. While I still don’t love digging into that emergency fund to pay for those expenses, I don’t fear the what ifs of those financial curveballs. 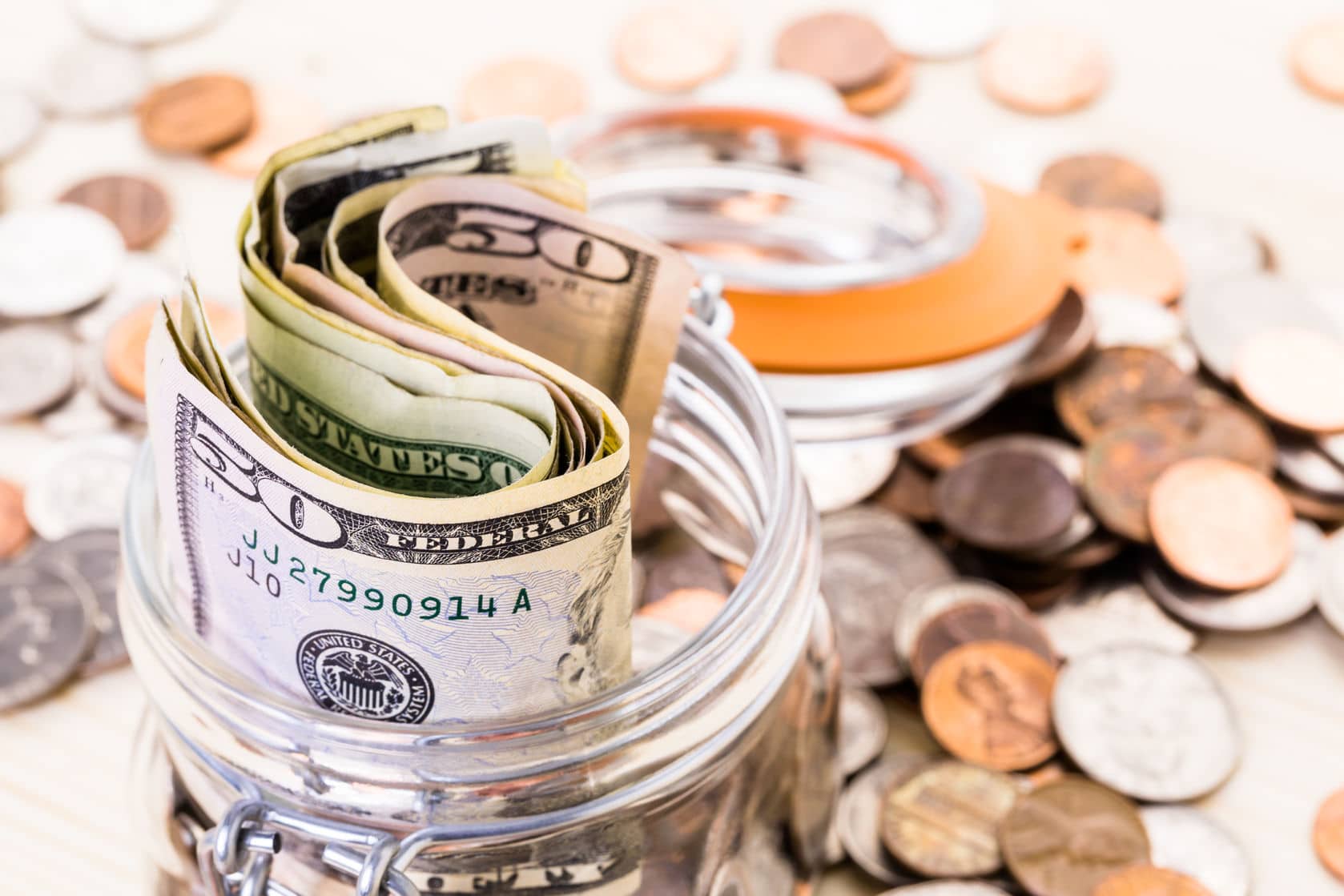 I Can Be Generous Without Worry

I love giving money away. Don’t email me and ask for some because that’s not exactly how it works. But when I see a need, I want to help. And sometimes, I just enjoy spontaneously paying for a veteran’s groceries or a police officer’s dinner or an older person’s bill at the dollar store. Whether it’s sending a gift card to a family who just had a baby or supporting a young adult’s short term mission trip, it brings me great joy to help and give. Before paying off debt, this was rarely an option. Or, if we chose to be generous, our own groceries ended up on the credit card bill. It’s not really a gift if you aren’t living within your means. On the other side of debt, we have an account set up for the express purpose of giving away money. We’ve been able to do all of the things I’ve mentioned and so much more.

Every journey we take begins with a single step. Friends, there is no good time to begin paying off debt. There is only today. I definitely expected to learn plenty of things while we slayed our debt dragon. I thought I’d learn more about saving money, using coupons, and budgeting. I hoped I’d understand household finance a little bit better and begin to develop a plan to better manage the resources we’d been given. What I hadn’t bargained for was the heart changes and inward changes that transformed who I was.
I’m not some sort of personal finance guru. And in fact, I still make mistakes with money on a regular basis. But the peace I’ve experienced and lessons I’ve learned from our journey are worth way more than $127K. I know the road might seem long and the journey difficult, but you can do it. Begin your journey today. You just might be surprised at the person you become.

Cherie Lowe is an author, speaker and hope bringer. 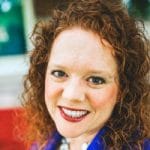 Her book Slaying the Debt Dragon details her family’s quest to eliminate over $127K in debt in just under four years. As her alter ego the Queen of Free, Cherie provides offbeat money saving tips and debt slaying inspiration on a daily basis. 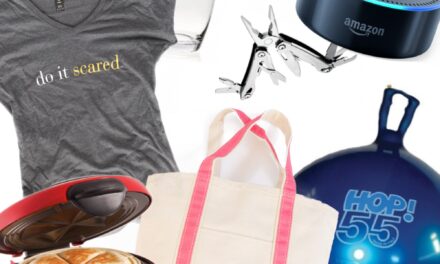 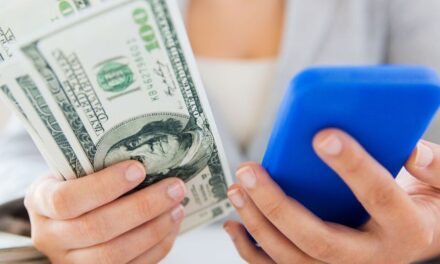 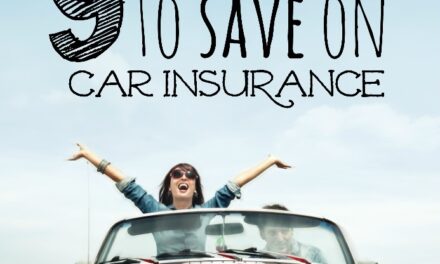 9 Smart Ways to Save on Car Insurance 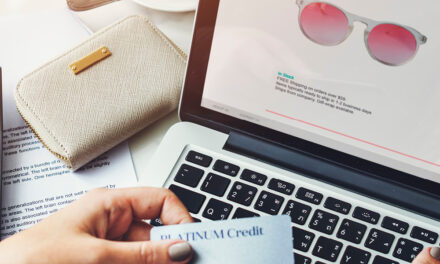 21 Retail Tricks (and How to Resist Them)