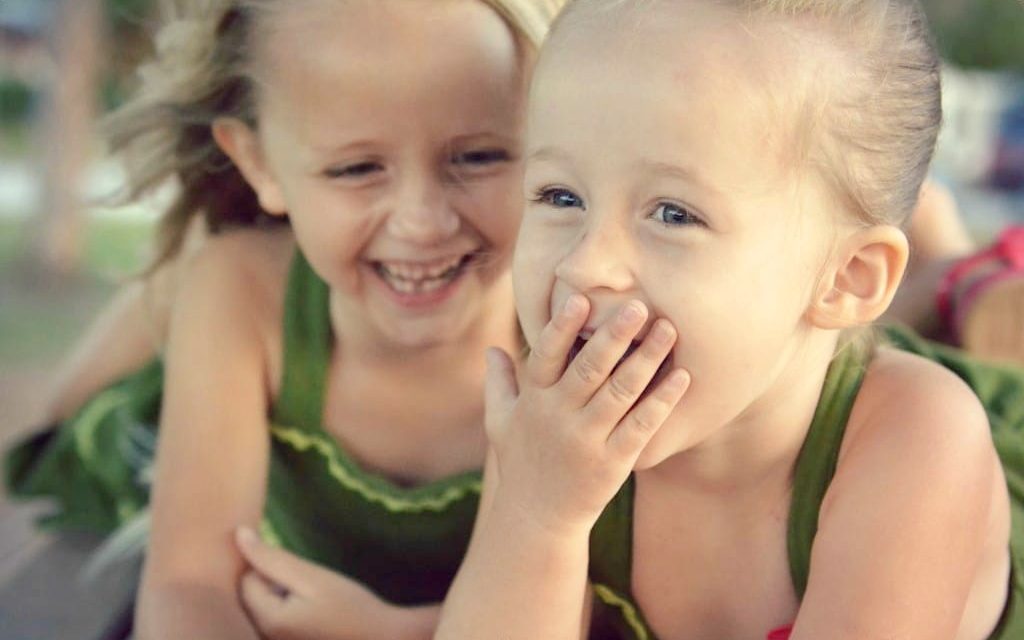 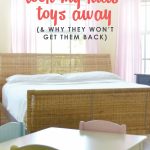 Do you ever get so fed up with all the toys lying around? This is the inside story of my drastic decision to take my kids’ toys away.

As some of you already know, I’ve been on a mission this year to simplify my family’s life and rid ourselves of excess. Over the course of the past nine months I have probably given away about 75 percent of my girls’ toys, keeping only the items that I felt encouraged their imagination and that they actually played with. I thought I was doing pretty good.

Even so, there were warning signs that my kids still had too much stuff. In June, we took a field trip to Reptile World in Orlando. Afterwards we decided it would be fun to take the girls to dinner at a dinosaur-themed restaurant called T-Rex in Downtown Disney. While we were waiting to be seated my oldest daughter Maggie spotted the Build-a-Dino Workshop in the gift shop and although we immediately said “no way,” from that moment on she could think of nothing else.

All through our delicious dinner, surrounded by dramatic (fake) meteor showers and animatronic dinosaurs, she fixated on the one thing she couldn’t have rather than the cool sights we were actually experiencing.

On the three hour drive home, Husband and I–seriously concerned by our daughter’s inability to enjoy the moment–made a point to talk about all the neat stuff we had seen, what our favorite reptiles were, and how funny Trouble had been holding the snake. By the time we made it home the Build-a-Dino had been forgotten. At least by her. But we were worried.

In the weeks that followed, Chuck and I talked a lot about how we were going to handle this lack of contentment we were noticing. Then one morning near the end of July, after telling my kids to clean their room for the umpteenth time, I made the somewhat impulsive–albeit pre-warned–decision to take away ALL their stuff.

Just 2 days earlier I had spent half the day cleaning their room & re-organizing their toys and closet, which is something I do fairly regularly. I wasn’t asking them to clean some giant out-of-control mess, just to pick up a few items off the floor and put them away in the very clearly labeled baskets. Every time I came back to check on them, they had not only NOT picked up, they had made an even bigger mess.

I finally gave up and took it all away. I wasn’t angry, just fed up. I calmly began packing up not just a toy or two, but every single thing. All their dress-up clothes, baby dolls, Polly Pockets, & stuffed animals, all their Barbies, building blocks, and toy trains, right down to the the furniture from their dollhouse and play food from their kitchen. I even took the pretty Pottery Barn Kids comforter from their bed. The girls watched me in stunned silence for a few minutes and then, when the shock wore off, they  helped. And just like that, their room was clear.

I had no idea what a dramatic difference this one semi-impulsive decision would make in all our lives. I first started noticing a real change about 4 weeks later when we took a family trip to Key West.

In contrast to our last outing and for the first time ever, neither girl asked us to buy a single thing the entire weekend. Not a toy, not a cheesy souvenir, not a light-up necklace from a passing street vendor. Nothing. We passed hundreds of shops and they loved looking in the window, but they were content just to be. What was most amazing to me was that we didn’t talk to them about it ahead of time. Not once did we have to tell them not to ask, or explain that being together was what mattered.

Had I not experienced it with my own eyes, I would’ve never believed that an addiction to stuff could be broken that quickly. The truth is that when I took all their stuff away, I was terrified at what would happen. I worried that I was scarring them for life, depriving them of some essential developmental need, taking away their ability to self-entertain.

In reality, the opposite has happened. Instead of being bored, they seem to have no shortage of things to do. Their attention span is much longer and they are able to mindfully focus on their task at hand. They color or read for hours at a time and happily spend the entire afternoon playing hide & seek or pretend.

They are far more content, able to appreciate the blessings that they do have, and able to truly enjoy the moment they are in without always having to move on to the next thing. They are more creative and patient, more willing to share, far more empathetic towards the plight of others, and, with little to fight over, they hardly fight at all.

When I do take down a toy for them to play with (no, I didn’t throw everything away), such as their Lego blocks or dress-up clothes or or their kitchen food & dishes, that one thing will entertain them for the entire day. (The rest has more or less been forgotten and will soon make it’s way from the attic to the Goodwill pile.)

What I love even more is that they are able to recognize excess on their own. Aside from a favorite stuffed animal and the comforter on their bed, (which they both earned back), neither of them actually want their toys back on a permanent basis. They like not being overwhelmed by stuff and not having to spend so much time cleaning their room. In fact, later that very same day, as we drove to gymnastics class, Maggie said it’s okay that we don’t have any more toys Mommy. We can just read and use our imaginations. And now we won’t have to clean up every day.  She understood before I did that more stuff doesn’t make us happier. 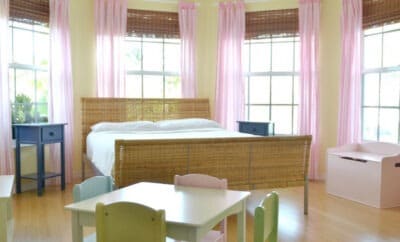 When I first became a mom I was so happy to have a chance to start over, to undo through my children all the wrong that was done to me, to give them everything I felt I had missed out on. I wanted our lives to be perfect, and my vision of perfection included a perfectly decorated bedroom filled with beautiful things, a life where they would want for nothing.

I equated giving them stuff with making them happy, a message that our consumer driven culture hammers into our psyches from the time we our born. Oh, what a lie!

I started this blog because I am a shopaholic, and there are so many times where I buy things when I am bored or unhappy, just to fill the void. My husband laughs at me (and sometimes  throws up his hand in frustration) because although I talk a good game about wanting to downsize and get rid of stuff, in reality there are still many times where I just can’t help myself from buying more.

I justify it, telling myself it was on sale or a really good deal, or something we really needed, or that I deserve it because I work so hard. In reality it is just another thing I am trying to buy to solve a problem that runs much deeper.

Stuff isn’t evil in and of itself, but in a world where we are constantly told that what we have isn’t quite good enough, the love of things can so very easily consume us. It is the pursuit of it all–more toys, cuter clothes, a prettier house, a nicer car, a bigger computer, a fancier phone–that makes us forget all the things that actually matter.

It wasn’t until after observing first hand the real and immediate changes in my children after taking their toys away that I truly began to understand. And now instead of me teaching them, they have taught me the lesson I wish I would’ve have learned a long time ago.

For our family, there’s no turning back.

Want to know what happened? Read the updates here: 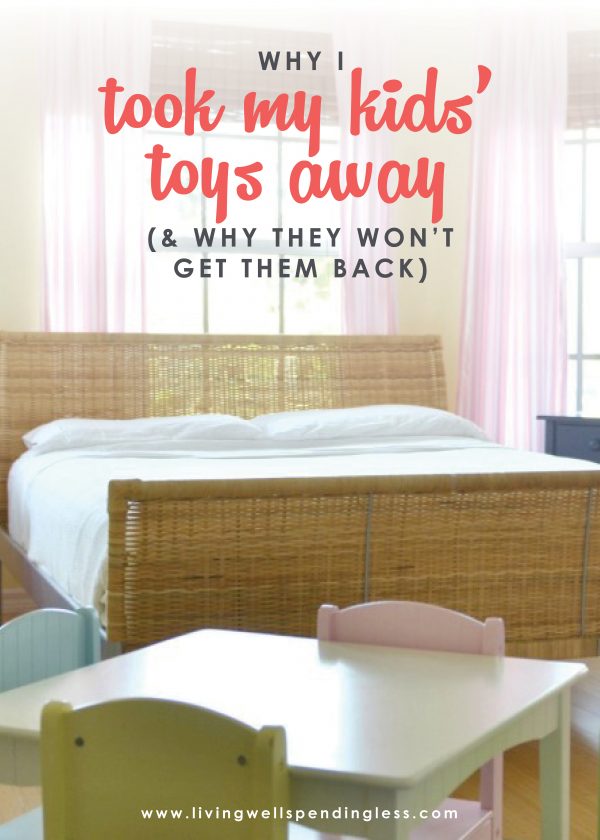 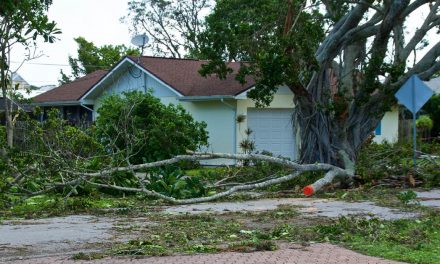 5 Things to do Right Now to Prepare for a Catastrophe 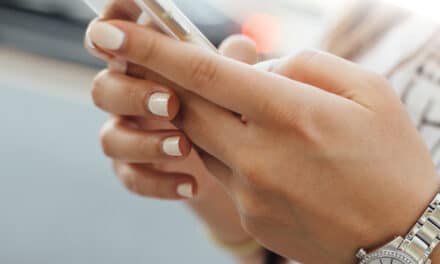 The Simple Way to Declutter Your Phone 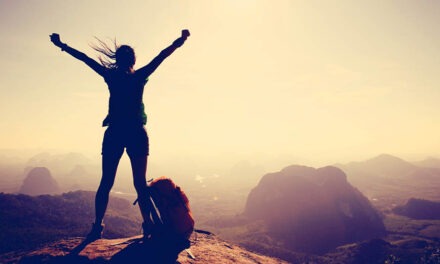 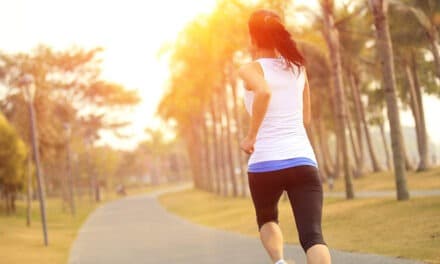 The Best Ways to Improve Your Health this Spring