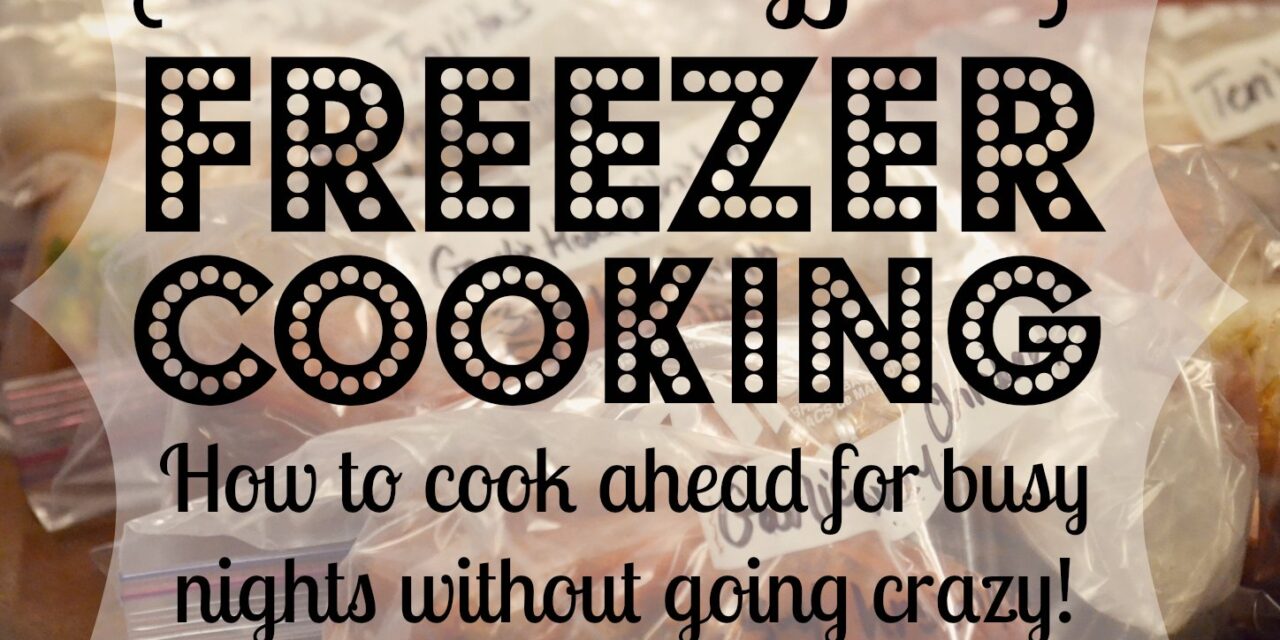 One of my big goals for 2013 is to plan ahead and be more proactive and intentional with my time. Those 24 hours go FAST and it is so easy to let them slip away if you let them.

I’ll be honest, when it comes to meals and cooking dinner for my family, I really struggle. Not because I don’t want to do it or don’t like to cook–I really do–but usually because a.) we have a lot of activities in the late afternoon that cut into meal preparation time b.) after a full day of working & homeschooling & mommy-ing (and getting up at 4am), I am TIRED come 6 o’clock, and I honestly just don’t have the energy left to figure out what to make.

A couple years ago I tried doing a program called 30 Meals in One Day. It worked out great–I spent a whole Saturday cooking, and ended up with 26 wonderful freezer meals that my family really enjoyed. I have been wanting to do it again ever since, but I never seem to have a whole day free to devote just to cooking. I am frankly in awe of people who can find a whole day every MONTH to do this.

But then a few weeks ago, during our Christmas break, I was assembling a vegetarian quiche for dinner and realized that I had enough ingredients for 2 instead of one. I did a quick Google search and discovered that if you bake a quiche for half the time–20 minutes instead of 40–you can then cool it and freeze it, then easily bake it from frozen. 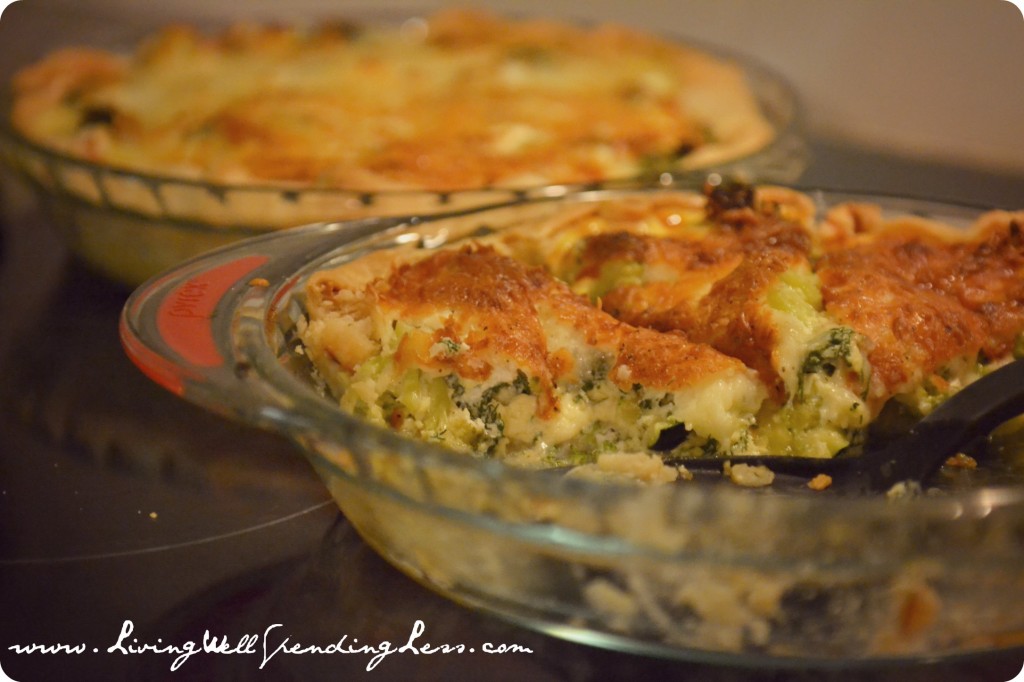 It was a revelation!

What if, on the nights I DO cook, I simply double whatever I am making and freeze the extra meal? It wouldn’t really take any extra time and the payoff would be HUGE!

Bound and determined to fill my freezer and start the year feeling like I was at least a little bit on top of it, I started cooking like a mad woman. I made a few big pots of soup and a huge batch of zucchini bread and a couple more quiches, always freezing the extra. I then slow cooked 2 big pot roasts, serving one for dinner (with leftovers for lunches) and splitting the other 2 into disposable aluminum pans that can be simply thrown into the oven and baked for 3 hours at 300 degrees when needed. 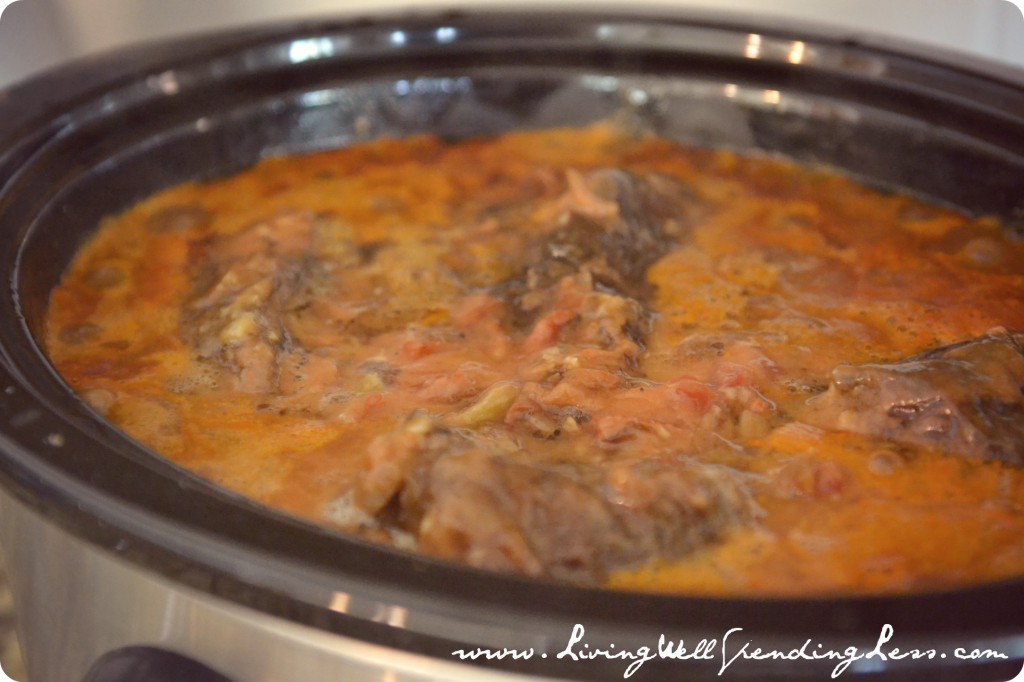 It was when I was looking up advice on freezer cooking pot roasts that I stumbled across Janell’s handy little plan for preparing 5 freezer meals in an hour. It basically just involved cutting up the meat and assembling all the ingredients into Ziploc bags, then freezing them. Apparently you can then just dump the contents into the slow cooker and cook them right from frozen. Who knew?

For simplicity’s sake, I decided to follow her plan to the letter–it even includes a printable shopping list! The only changes I made was doubling up the recipes and making 10 meals instead of 5. I also followed Jillee’s advice and put the actual ingredients into Crockpot liners so that I could just throw them right into the slow cooker. (For the record, those liners don’t work all that great and I’m not sure I would bother with them again. The cleanup is less, I’m just not sure it is worth the expense.) 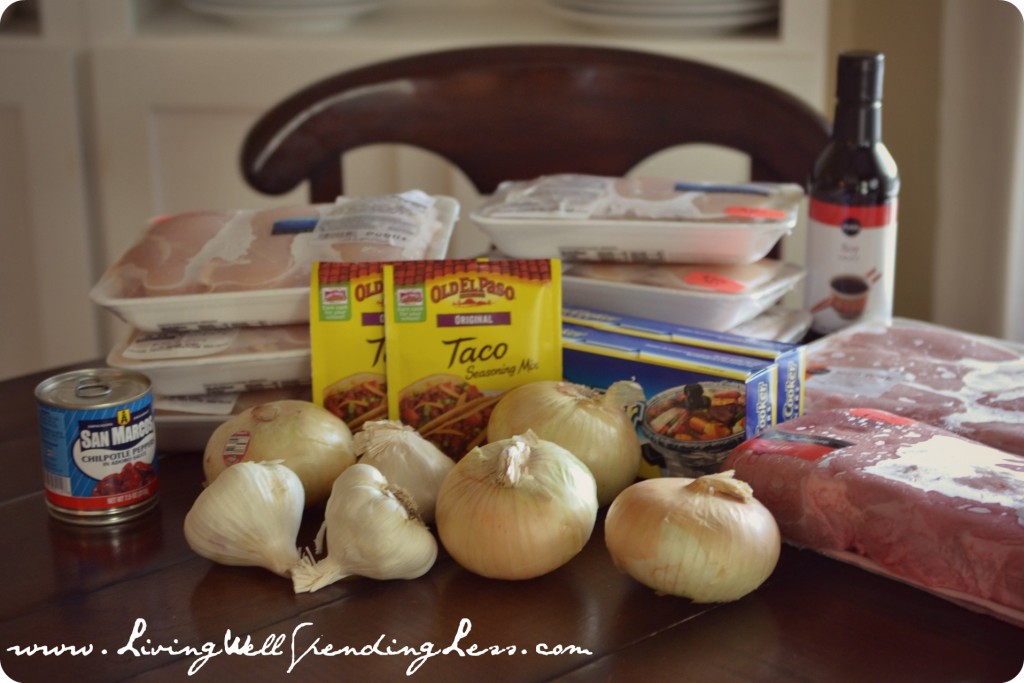 It took me about 2 and a half hours from start to finish, and that included the hour or so spent going to the grocery store. I bought a lot more meat then I am used to (my family is pretty excited about that) but the total for all the ingredients was still only about $80–not bad for 10 meaty dinners plus lots of leftovers for lunches. 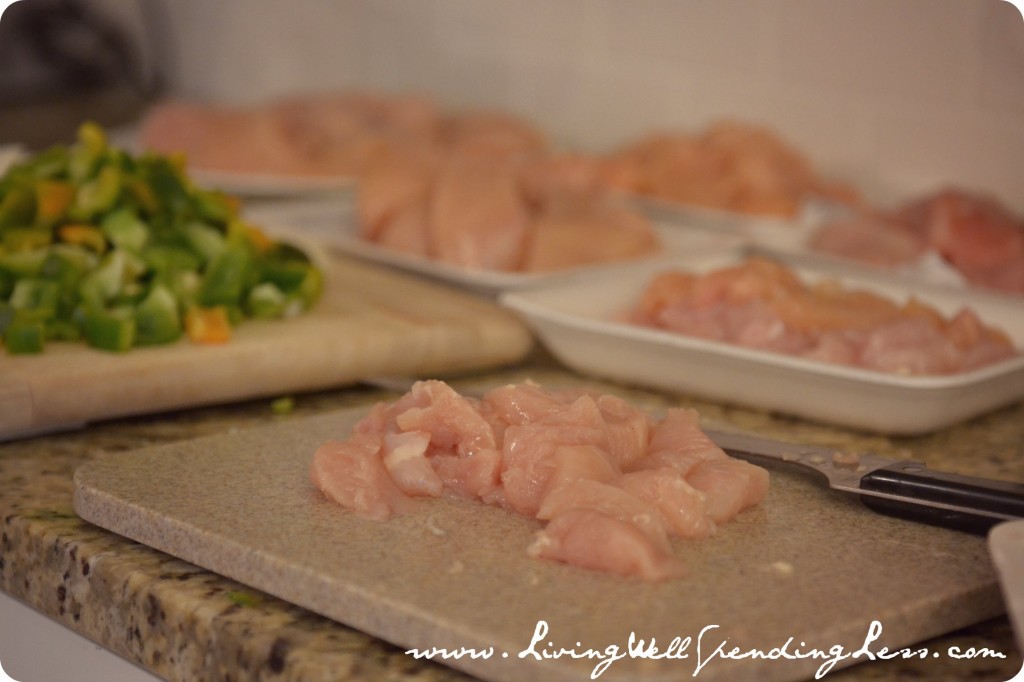 Other than being slightly grossed out by having to cut up all that meat, it really wasn’t bad at all and the process went surprisingly fast, and before I knew it I had TEN meals sitting on my kitchen table all ready to freeze. I felt so accomplished! 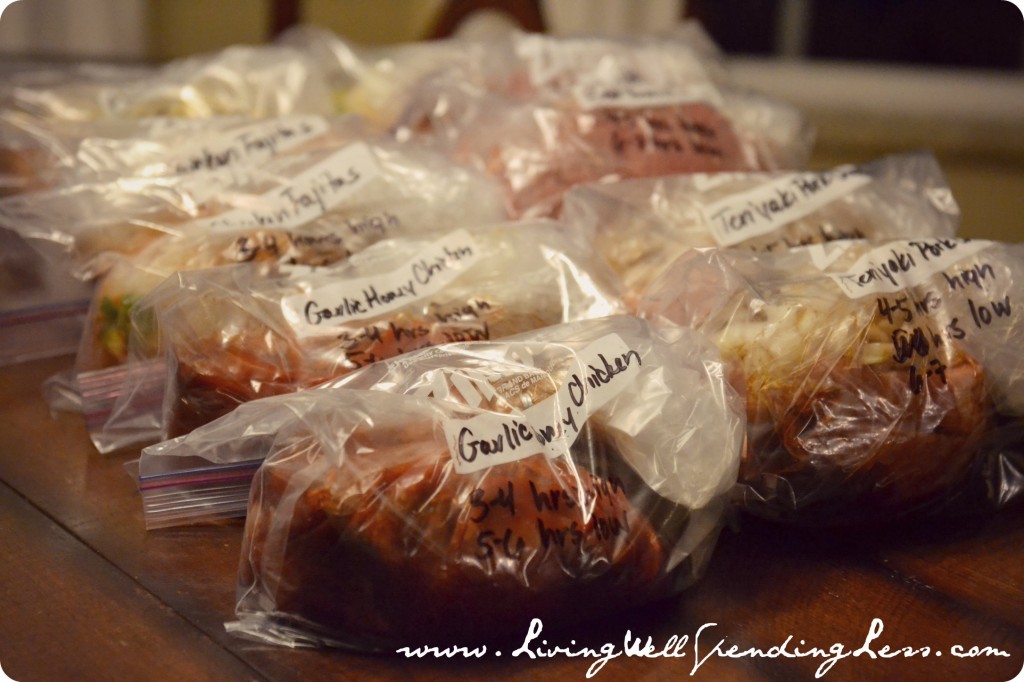 The next two weeks are going to be a bit crazy around here, with multiple writing deadlines, two conferences to attend, lots of Little House themed homeschooling projects to work on, and multiple out-of-town guests. I cannot even begin to tell you how good it feels to have my freezer full of go-to meals. I also can’t get over how little effort it really was doing just a little at a time. 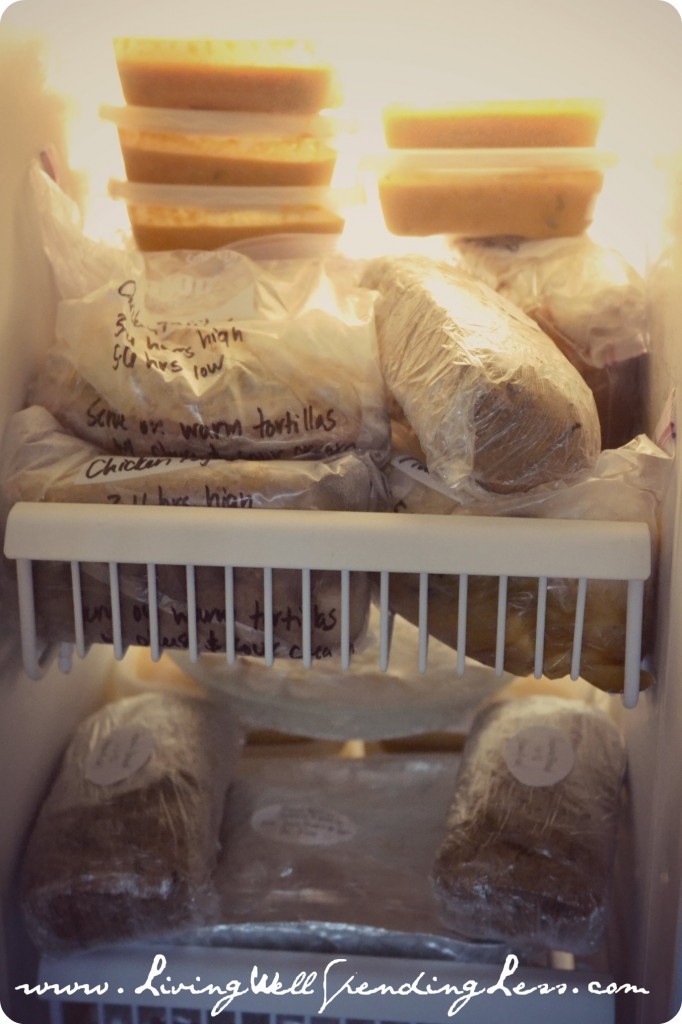 At some point I will probably try cooking and freezing a few more recipes, such as  Vegetarian Goulash, White Bean Chili, and our favorite Winter Diet Soup. For now I’m just going to bask in the comforting glow of having (for once) planned ahead.

Have you ever done any freezer cooking? If so, what are your favorite go-to freezer meal recipes? Do you have any tips or tricks to share? 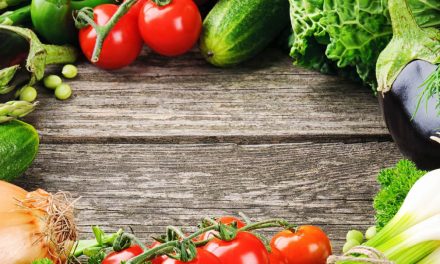 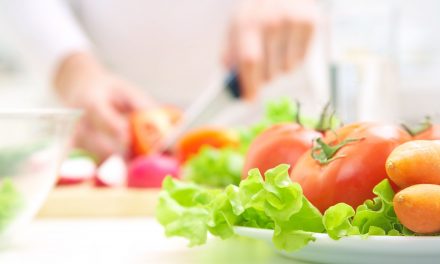 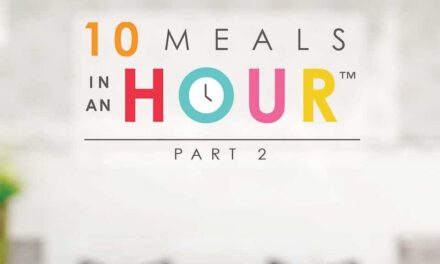 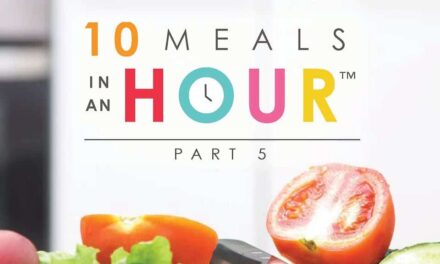